Meet the Weilbergbahn layout at the international Model Railway Exhibition in Kaarst, Germany

The is a german hill of ancient volcanic origin and belongs to the hill range of the (somtimes called or ) southeast of the former german capital Bonn. Not far away you'll find the well known (Dragon's Rock). The top of the was used as a basalt quarry until the 1950s, but today belongs to the Seven Mountains Nature Park ("Naturpark Siebengebirge"), which is under environmental protection. 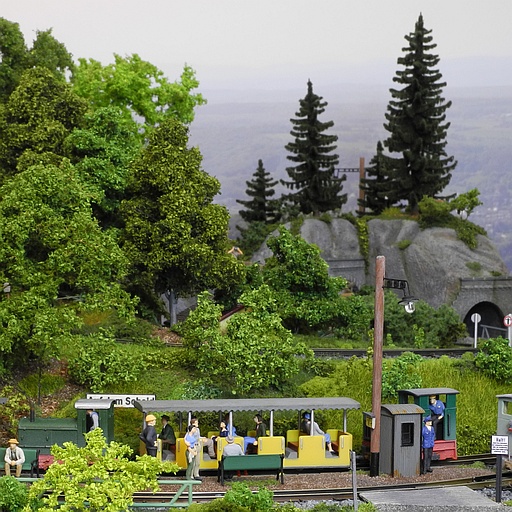 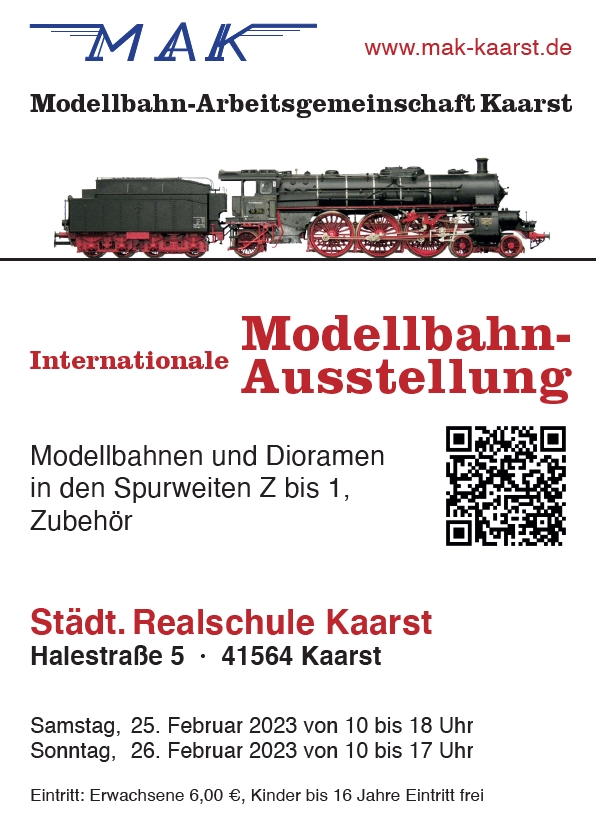 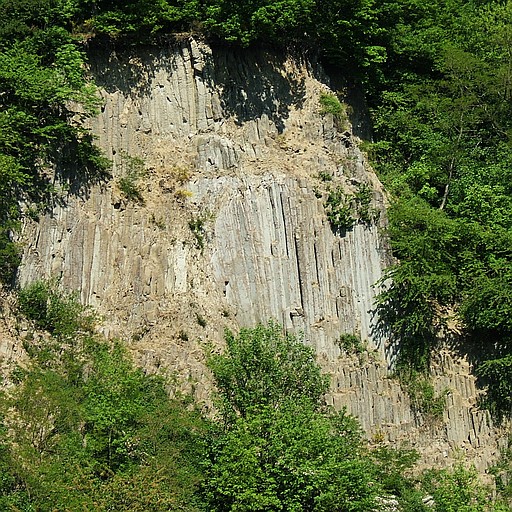 Connected by rail ever since

Inside the quarry 600mm (app. 24 inches) narrow-gauge rail was used for transportation, while a second narrow-gauge railway carried basalt columns and broken gravel down to the river rhine. It comes as no surprise that the idea of a tourist train up the was discussed while developing the Nature Park, but unfortunately the plan was not implemented.

This is where this model rail layout steps in. Fascinated by the Busch industrial rail models in H0f gauge (6,5mm track; 1/87 scale) a suitable track plan and a story were needed to put these trains into purpose. A design published by Rolf Knipper in the german model railroad magazine "MIBA" in 1992 was a perfect match for a tourist train at the - the story of the just started. 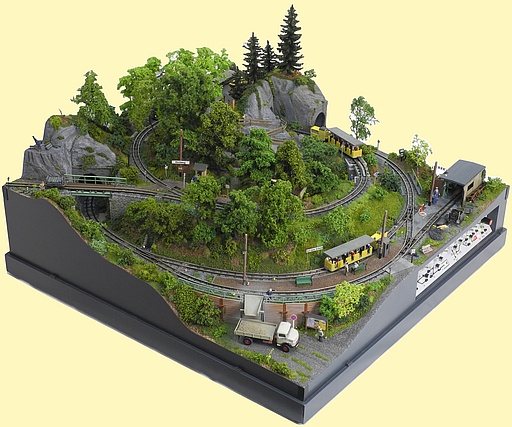 To enrich operations of the layout the scope of the railway was broden. On weekends and holidays it is an open-air museum with tourist trains and demonstrations of loading and transportation to the visitors. During the week it is a work horse taking useless rock from the remains of the quarry, as the heap threatens the wineyards on the slope (there is not to much phantasy in here, as the real story happened at the nearby ). 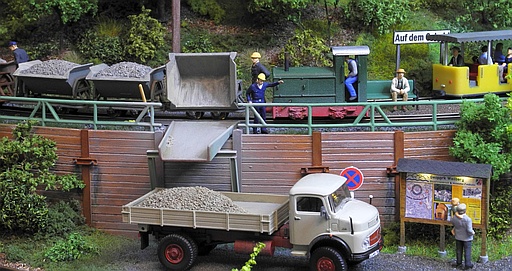 There is only a track oval with a branch line to a terminus without any passing loop. However, the gradient conditions make it plausible to operate with locomotives always on the downhill side. Rolf Knipper's original track plan was only modified at the locomotive shed; the pointwork was turned to let trains pass each other at the station.

The "Kirchweg" intermediate station did not exist in Rolf Knipper's plan. Despite the proximity to the terminus, however, it is conceivable for a tourist railway. Thus, the circular walk for visitors leads from the terminus to the quarry indicated on the left and ends at "Kirchweg" station. The right tunnel is supposed to be the "Stenzelberg" staging yard and the oval is not used in regular operations, resulting in a point-to-point traffic. 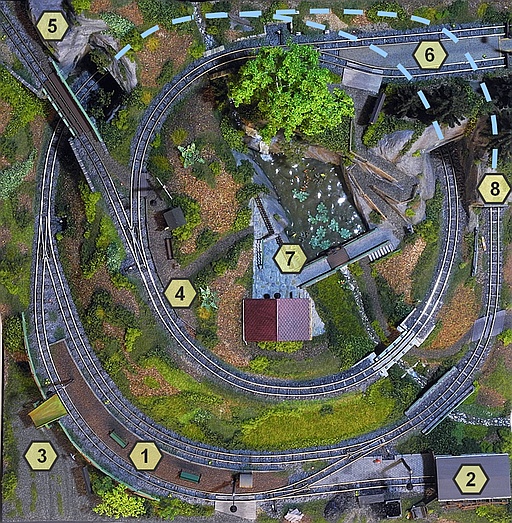 The regular trains will operate saturdays as well as sundays and holidays from the 1st of may to the 3rd of october.

We offer this small leaflet in german language with an overview of the Railway operations as a PDF-File for download and printout. 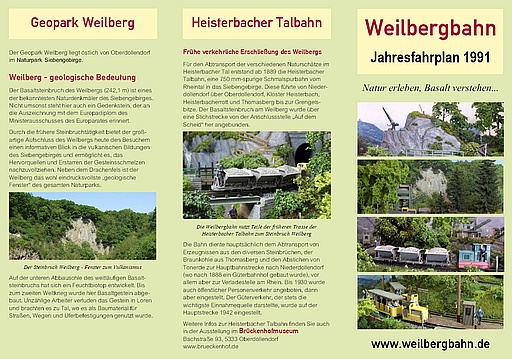 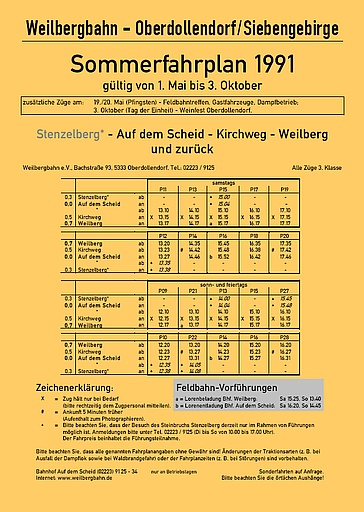 Curious? You're invited to have a Tour along the tracks